You seem to be browsing on a screen size, browser, or device that this website cannot support. Some things might look and act a little weird.

For 89 years, the Frank J. Wood Bridge has traversed the Androscoggin River at the northern end of Maine Street in the Town of Brunswick. For the past five years, the Maine Department of Transportation (MDOT) has pushed for a plan to tear it down.

In its second game of the season, the women’s rugby team dominated Colby-Sawyer by a score of 79-0 on September 17. The Polar Bears are the 2019 defending national champions, but with only two games under their belt and a team that hasn’t competed in-season in over a year, the Polar Bears are focusing on the small achievements.

A month ago, I got an Instagram DM from an old friend. I admit, I was nervous seeing that iconic red notification pop up in the corner of my homepage. After all, the last time I had spoken to them was in 2019, when both of us were still unaware of the school year ahead.

ResLife adjusts to record number of students on campus

Recently in ‘Talk of the Quad’

Content warning: This article contains descriptions of child sexual abuse One day, my sister and I were playing in the woods. I followed after her every step of the way. I was looking for fairies, she was hunting for bugs.

Despite living in Chamberlain Hall for three months last fall, I had never been on campus before this year. Sure, the caricature of the person that I desperately tried to be was there, flat-ironing her poor hair to death.

ResLife adjusts to record number of students on campus

Talk of the Quad

Talk of the Quad 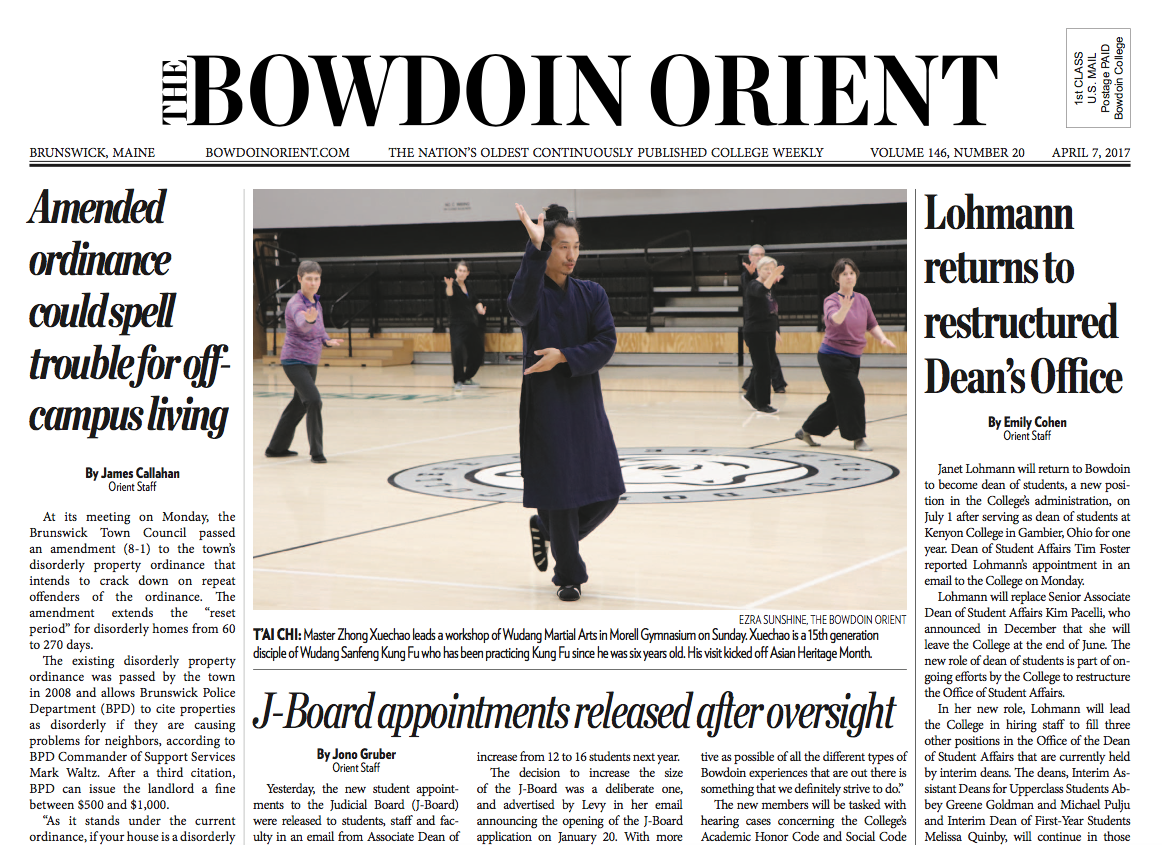 Browse this week's paper and view our archives.
Last published on Friday, September 24, 2021.

By Andrew Cohen and Emily Staten • 7 days ago

‘There is a Woman in Every Color: Black Women in Art’ opens at the BCMA

The Ear of the Other

‘The Heart is a Lonely Hunter’ review : ‘Between bitter irony and faith’

By Andrew Chang • 7 days ago

By Tucker Ellis • 7 days ago

Reflections from an old Polar Bear

By Editorial Board • Today

The raise in minimum wage came after years of struggle

By Song Eraou and Radu Stochita • 7 days ago

By Lorenzo Hess • 7 days ago